How do we detect air leaks in space?  Air leaks in pressurized structures such as space habitats due to micrometeorite impacts or structural aging and failure are inevitable. Due to the large pressure differential between interior of the module and the vacuum of space outside, escaping air emits an ultrasonic wave that may be detected using ultrasonic sensors. This presentation explores the hardware, software, and numerous challenges for localizing leaks using ultrasonic sensors.  Considerations for a standalone device with its own battery power source, onboard processing, crew interfaces, signal- conditioning circuitry, and a custom 3-D printed box are discussed in this presentation. Three devices were built, flight certified and scheduled to deploy to the International Space Station for data collection in 2017. This project was funded through a three-year NASA EPSCoR grant in collaboration with the Office of ISS Technology Demonstration Programs. 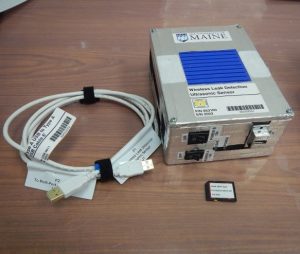 Dr. Ali Abedi received his Ph.D in Electrical and Computer Engineering from University of Waterloo in 2004. He joined the University of Maine, Orono in 2005, where he is currently Professor of Electrical and Computer Engineering and Director of Center for Undergraduate Research.  He was a faculty fellow at NASA MSFC during summer of 2016, visiting Associate Professor at the University of Maryland, College Park, MD and Guest Researcher at NIST in 2012 and adjunct Professor at Queen’s University, Kingston, Canada in 2004. Dr. Abedi served as Principal Investigator on several NASA, US Army, and NSF funded projects including Wireless Sensing of Lunar Habitat and Leak Detection for International Space Station, which are featured on Phys.org, NSF Science360, Promise of Tomorrow Radio show, and Discovery Channel Canada.  He has received numerous awards and recognitions from Natural Sciences and Engineering Research Council of Canada, Japan Society for the Promotion of Science, Canadian Space Agency, NASA, and IEEE and has published over 90 papers. He is co-founder of two start-up companies and co-inventor of Wireless Sensors for Brain Injury Detection with Prof. Hayes.

The Science Lecture Series at Emera Astronomy Center will take place the first Thursdays of each month and is a partnership project with the Maine Science Festival and will feature research from a variety of science disciplines from around our state and use the digital planetarium to visualize these discoveries in a new dramatic and immersive way.