The Science Lecture Series has concluded for the Spring 2022 semester.

The Gulf of Maine is warming faster than 99% of the world’s oceans, leading to the collapse of the cod fishery, increased acidity, rising sea levels, threatening lobsters and other ocean life. ​In recognition of Maine’s world-leading climate researchers, the Bicentennial, and the impact of climate change on the Gulf of Maine, in January 2019 Kate Dickerson, in her role as Founder & Director of the Maine Science Festival, commissioned GRAMMY award winner, Lucas Richman, to write a symphonic piece about climate change in the Gulf of Maine.

Dickerson arranged a series of discussions between Richman and climate experts up and down the coast of Maine. These conversations, as well as perspectives provided by middle school students throughout Maine, informed this new symphonic work. In this talk, Dickerson and Richman will discuss the genesis of this project, the experts that were part of it, and how Richman took what he learned to compose The Warming Sea. 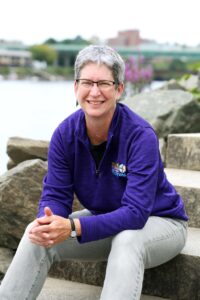 Kate Dickerson is the Founder & Director of the Maine Science Festival, an independently funded program of the Maine Discovery Museum. Prior to founding the Maine Science Festival, she worked in the energy and environmental field for more than 20 years. Dickerson has worked for industry, nonprofits, and educational institutions, and has expertise in the areas of environmental policy, pollution prevention, and environmental cleanup, with positions in Providence, Rhode Island; Seattle, WA; and the Margaret Chase Smith Policy Center at the University of Maine focusing on policy work. As Founder & Director of the MSF, Dickerson has built a hugely collaborative partnership of diverse organizations and companies throughout the state, culminating in an annual celebration of Maine science, technology, engineering, and innovation and MSF Pop-up events throughout the year. 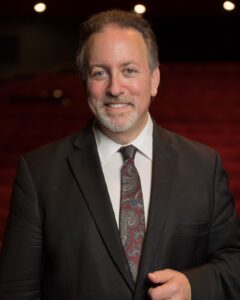 GRAMMY award-winning conductor/composer Lucas Richman has served as Music Director for the Bangor Symphony Orchestra since 2010 and held the position as Music Director for the Knoxville Symphony Orchestra from 2003-2015. Mr. Richman annually guest conducts for a roster of orchestras both domestically and internationally, as well as serving as a regular collaborator in the recording studio for film and television scores. An accomplished composer, he has fulfilled commissions for numerous organizations including the Pittsburgh Symphony, Knoxville Symphony, San Diego Symphony, Bangor Symphony, Johnstown Symphony, the Debussy Trio, the Seattle Chamber Music Society and the Organ Artists Series of Pittsburgh. Mr. Richman has had his music performed by over two hundred orchestras across the United States as well as having been recorded by organizations such as the San Diego Symphony, Tiroler Kammerorchester InnStrumenti, the Pittsburgh Symphony and the Debussy Trio. For more information, visit www.lucasrichman.com and www.ledorgroup.com.

The Science Lecture Series at Versant Power Astronomy Center will take place on the second Thursday of each month and is a partnership project with the Maine Science Festival and will feature research from a variety of science disciplines from around our state and use the digital planetarium to visualize these discoveries in a new dramatic and immersive way.