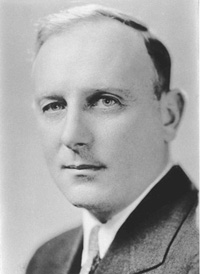 Maynard F. Jordan was born on December 17th, 1892 at Little Cranberry Island. He was raised and educated in Maine, and received both his degrees from the University of Maine. His legacy continues in the form of the Maynard F. Jordan Planetarium, of which he was the first director, and the Maynard F. Jordan Observatory, where he was almost as much a fixture as the telescope itself. He taught astronomy at the University of Maine for 35 years, and is still remembered as one of the most popular and well-liked professors ever to be employed by the university.

After the war, he went on to become an Austin Teaching Fellow at Harvard University, where he met and studied under astronomer Harlow Shapley. After this meeting Jordan shifted his considerable intellect to the study of astronomy. In 1925, however, he returned to his alma mater, this time as a professor of astronomy, and remained there until his retirement in 1960. 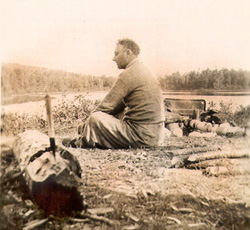 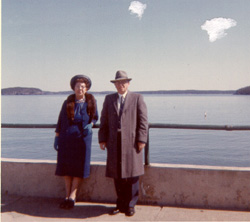 Professor Jordan was an active member of the community and the campus, and was known for his quiet dignity and dry sense of humor. He was a well respected figure at the University of Maine throughout his tenure, serving on the athletic board and acting as the official time-keeper at university athletic events. During the infamous 1938 broadcast of “The War of the Worlds” dozens of people from around the state called Professor Jordan, begging for his advice about the Martian invasion. In 1958, the college embarked upon the construction of the planetarium. This project would take several years, and Jordan would spend the rest of his career working in and around the new facility. In 1993, the planetarium was officially re-named in his honor, as was the observatory where he did his research and teaching.
After his retirement Professor Jordan remained in the Orono/Old Town area. Professor Jordan died at the age of 93 in a nursing home in Orono, on November 22nd, 1986.
Versant Power Astronomy Center
167 Rangeley Rd Orono, Maine 04469
Tel: 207.581.1341 Fax: planetarium@maine.edu
⨉
Top