The Historic Clark Telescope Observatory was originally built on the site where the Fogler Library currently resides. In 1933 it was moved next to the Memorial Union. At the time this was the edge of campus, but with new buildings being added the university gradually grew to surround it. The added light pollution made the telescope much less useful for the observation of all but the brightest objects. In 2017 the Clark was relocated again to its current home behind the Emera Astronomy Center where the skies are much darker.

The observatory is by no means a large building, and can only accommodate a set number of people at a time. The central feature, an 8-inch Alvan Clark refractor telescope, takes up much of the interior of the observatory. Due to the delicacy of the instruments housed in the observatory, the building is neither heated nor air conditioned, and visitors are encouraged to dress warmly if they visit in the winter months. The observatory is used actively by students of the department of physics and astronomy. Unlike it’s previous homes, the new Clarke Observatory features a flat roll-off roof, where the entire ceiling slides off to one side to open up the entire sky. This has the added benefit of being able to easily see where the telescope is pointed and be able to find constellations and patterns nearby. With a much closer proximity to the planetarium, public observing can be integrated into regular public star shows so visitors can get a much more hands-on astronomy experience. 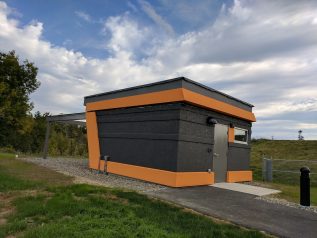 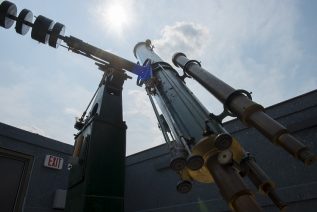 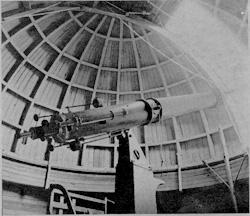 From 1925 to 1960, Maynard F. Jordan, professor of astronomy used the observatory as a center for his research and teaching. Upon professor Jordan’s retirement, Professor Frank Harper of the Department of Mathematics and Astronomy, was named the observatory director. The next year, Professor Harper submitted requests for a larger telescope in the observatory, as well as general maintenance for the facility. Around this time the observatory was updated with a new clock drive, a device which corrects for the effect on the telescope of the Earth’s rotation. Sadly, this clock drive was short lived, as a student accidentally stripped the gears, and the department was unable to repair it.

It was not until 1972 that funds were raised to completely overhaul the observatory. The dome, which had formerly been made of wood, was replaced by a lighter aluminum dome, and the telescope was rebuilt. This rebuilding was ineffectual, however, and it was later determined that the telescope was re-assembled incorrectly. In 1988 the University approved $7,500 from the student life fee to add a new clock drive and to correctly refurbish the telescope. Two professional telescope restorers from Photon Instrument Limited, Jim Mullaney and Warren Kutok, spent ten days at the observatory cleaning all the parts of the telescope and adding the new clock drive.

The observatory was re-named in 1993 after professor Maynard F. Jordan and after that overhaul was used by the department of Physics and Astronomy for research and class work. During the regular year, the observatory was periodically opened for public use. It is primarily run by student volunteers and members of the department of Physics and Astronomy.

In 2014 a new observatory was constructed at the Emera Astronomy Center. This became the Maynard F. Jordan Observatory and the previous dome near the Memorial Union was renamed the Historic Clark Telescope Observatory to avoid confusion. The Clark telescope has since been relocated to a second roll-off-roof observatory at the Astronomy Center where it will join more modern instruments and provide a more rustic and romantic view of the stars that can’t be had through a monitor. Click here to learn more about the new Jordan Observatory. 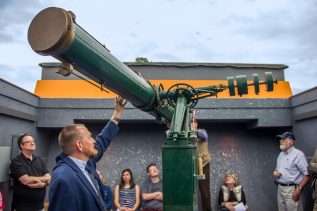 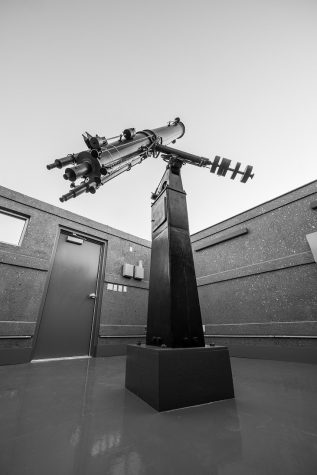